Behind and in front of the camera 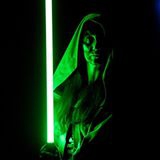 
I am one of those “awful” people who got into the movie industry because of their parents. I was in my first year at university, a 21-ish brat when my father said one day that they were looking for people with English as assistants to the directorial unit. I thought to myself, “What the heck? A great chance to practice my language.” Twelve years later, I can’t get out of it even if I wanted to.

But the director’s unit was definitely not my place. I found my home elsewhere, surrounded by props and costumes. After all doing things with my hands is what I loveee to do. When it comes to the movie industry and cosplaying, a lot of people take their cosplay and crafting interests and hobbies and gradually turn them into a profession. I have a bunch of friends who have followed this kind of path, one of them started with larp and ended up in ….. . Many of the people I meet at competitions are the same as well.

With me, it was slightly different. Actually it was way different – it was the other way around. Because of my profession and my expertise, I can indulge in and excel at my cosplaying hobby. Being behind the camera, literally and figuratively, setting up and crafting a character or a scene is an amazing and powerful experience. Sometimes even godlike, hehehe. But being in front of the camera is exhilarating. I know it sounds cheesy but the spotlight, the stage, the flashes of the cameras, there is nothing like it. And the places it takes you to are even more amazing – like shooting at Galaktika in Belgrade wielding your lightsaber dressed as a master Jedi. Doing something that you love is its own reward; being able to make someone happy (let alone thousands of people in the audience) is the cherry on top.

To add a comment to the blog, you have to first join the site or login as a user

Lumpenstinzkin ,
what si THAT station background. look like genuine stuff, not CGI! Dont tell me its some arcade playground? That X-fighter is like 1:1 omg 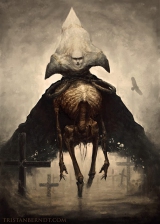 hister ,
So you got in to the movies to practice the language and came out the top prop-maker and cosplayer. Life takes you on the strange and wonderful journey if you let it...

Ruby toe ,
There is something magical behind the camera, like seeing and helping create a whole new world..

pothead ,
When hobby and a job become one... I dream of hat day! You are one lucky Jedi! 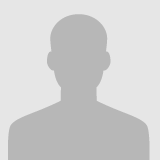 a guest,
By the Power of Althemy